Have been caught up in the political issues, but also have researched potential RVs for potential fulltiming..

When I had an office on Front Street in Wilmington, opposite this building, there were a few funny incidents.  I used the conference room for my writing classes, and the window looked out at the front of this club that the movie studio transformed into a music store, for the rock video ‘Empire Records” filmed in the early 1990’s.

When they began filming, an Assistant Director came to my tiny office with the only roof access, and climbed to the roof to install Clegg lights. The Ada asked me if I had a phone, then I did not have a cell phone, and my response was, “No, this is a low-budget operation.”  That got a laugh for the crew who had all worked on low-budget operations!

After they began the real filming my students would watch from the conference room window as they worked on the balcony atop the store, and another ADA came over and told me, “Alyce, if your students are looking out the window at the site, they will have to stand there all week. We are filming the front of your building!” 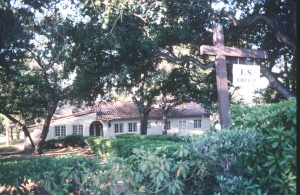 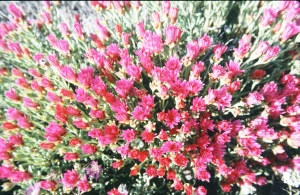 Some of the photos I took in the 1990’s at Ojai still strike me as wonderful.  Here is one.

Volunteering at Obama election site. No one here now. Will be here til 6 pm.

Healers and their Art!

Today I uploaded a link to an interesting article about the effects of energy draining when encountering various people.   The article link is posted to the left of this blog Under the general heading Blogroll.   Check it out.

Some history about my search..

It is interesting that I have seen some of the communication opportunities improve over the years that I have been researching RV fulltimer lifestyle.   Now the networks are all over the country, cell service is much better than when I lived in North Carolina, and had pretty bad service.   Also now wifi is available all over, and when it is not,  an iPhone hotspot could be used in an emergency.  The Sprint service, as I discovered in the Berkshires, isn’t all that speedy, but I am sure that will change.  So I am excited about the possibilities to stay in touch!